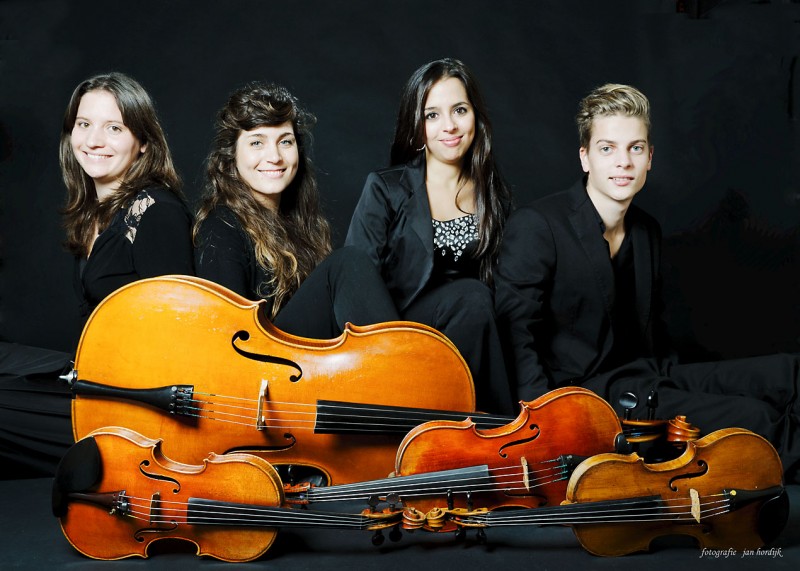 Cuarteto Lorca starts in October 2011 in The Netherlands, where they receive lessons at Codarts, Hogeschool voor de Kunsten (Rotterdam) mainly under Benzion Shamir’s guidance, but also studying with Henk Guittart and having masterclasses with Gordan Nikolic, Goran Gribajcevic and Alexander Pavlovsky.

Three of the members are originally from Spain (Barcelona, Madrid and Galicia) and had known each other for a long time. In 2011, the quartet they had in mind finally started, here in The Netherlands, and since March 2013, Geerten Feller (Nederlands) joined the quartet. They all had previous experience in chamber music, some of them having studied with “Cuarteto Casals”, “Cuarteto Quiroga and others.

Besides the lessons they receive at Codarts, the quartet has already performed in several places : De Magistraat, Dorpskerk in Spijkenisse, performed live for the program “Virus” of Radio4, some charity concerts at hospitals in Rotterdam,.

Naming their quartet after the great writer and poet, F. G. Lorca, one of the goals of this ensemble is to contribute spreading spanish classical music for quartet around Europe.